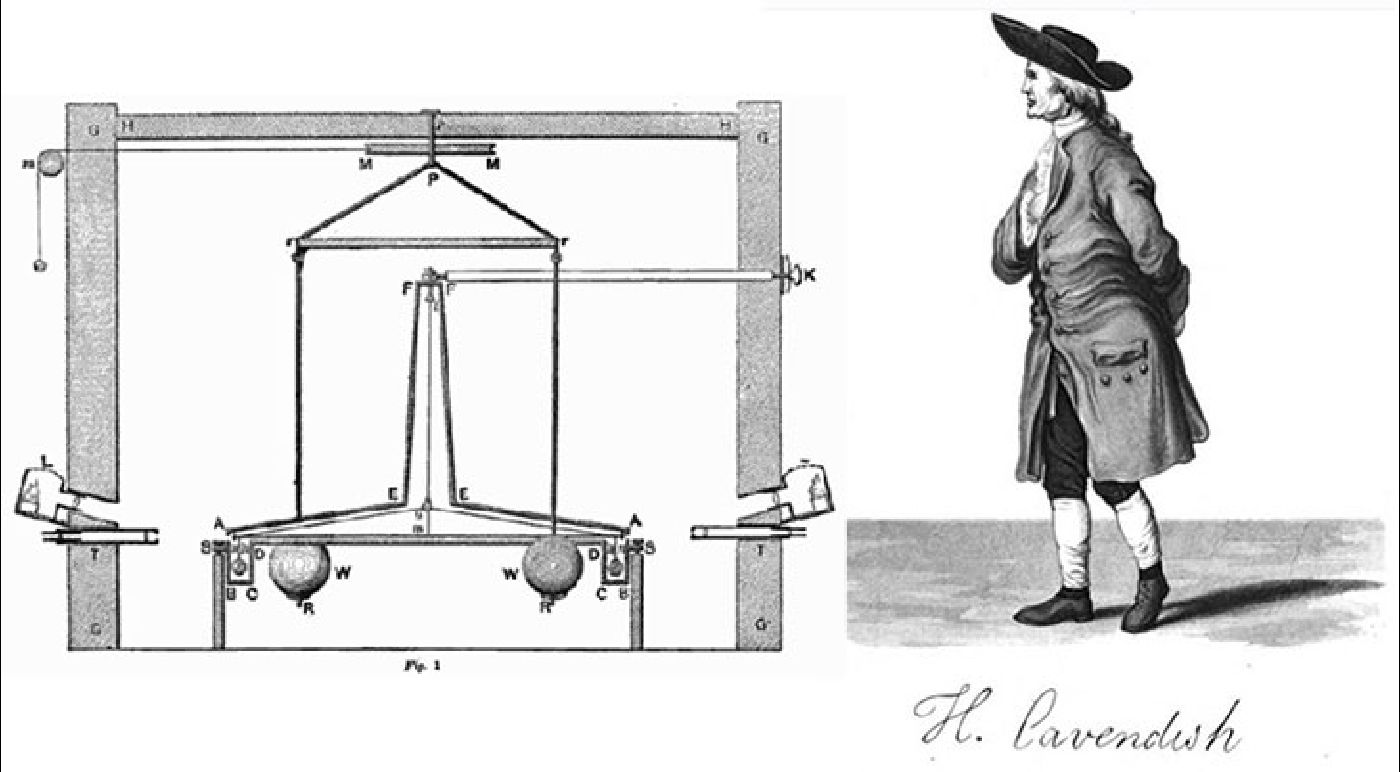 This very simple invention provides an extremely sensitive platform on which to test for gravity which makes it ideal for testing for Liquid Gravity. What is interesting to note is that this experiment has been repeated 1000's of times no doubt by every physics teacher and to every physics student for the past 300 years, however there isn't much information available on anyone trying alternative test configurations. I guess the reason is that maybe no one considered the possibility of finding out more about gravity. We are finding out more about gravity by making a few changes to this experiment and observing the results which point to Liquid gravity.

History of the Cavendish experiment

This information has been sited from wikipedia

The Cavendish experiment, performed in 1797–1798 by British scientist Henry Cavendish, was the first experiment to measure the force of gravity between masses in the laboratory and the first to yield accurate values for the gravitational constant
The apparatus constructed by Cavendish was a torsion balance made of a six-foot (1.8 m) wooden rod suspended from a wire, with a 2-inch (51 mm) diameter 1.61-pound (0.73 kg) lead sphere attached to each end. Two 12-inch (300 mm) 348-pound (158 kg) lead balls were located near the smaller balls, about 9 inches (230 mm) away, and held in place with a separate suspension system. The experiment measured the faint gravitational attraction between the small balls and the larger ones.
The two large balls were positioned on alternate sides of the horizontal wooden arm of the balance. Their mutual attraction to the small balls caused the arm to rotate, twisting the wire supporting the arm. The arm stopped rotating when it reached an angle where the twisting force of the wire balanced the combined gravitational force of attraction between the large and small lead spheres. By measuring the angle of the rod and knowing the twisting force (torque) of the wire for a given angle, Cavendish was able to determine the force between the pairs of masses. Since the gravitational force of the Earth on the small ball could be measured directly by weighing it, the ratio of the two forces allowed the density of the earth to be calculated, using Newton's law of gravitation.

This first test rig was built from plastic flute board and suspended by nylon fishing line to provide a stable swing arm platform, and pivoted on a very sharp nail and domed screw head . While it spun very easily it wasn't able to achieve any results with using 50mm washers and exercise weights. I couldn't get the Cavendish experiment to work so I researched other Cavendish style rigs and found most of them worked by simply tying the swing arm from a roof or ladder with a long piece of nylon. So I updated to the test rig # 2 and began seeing results. 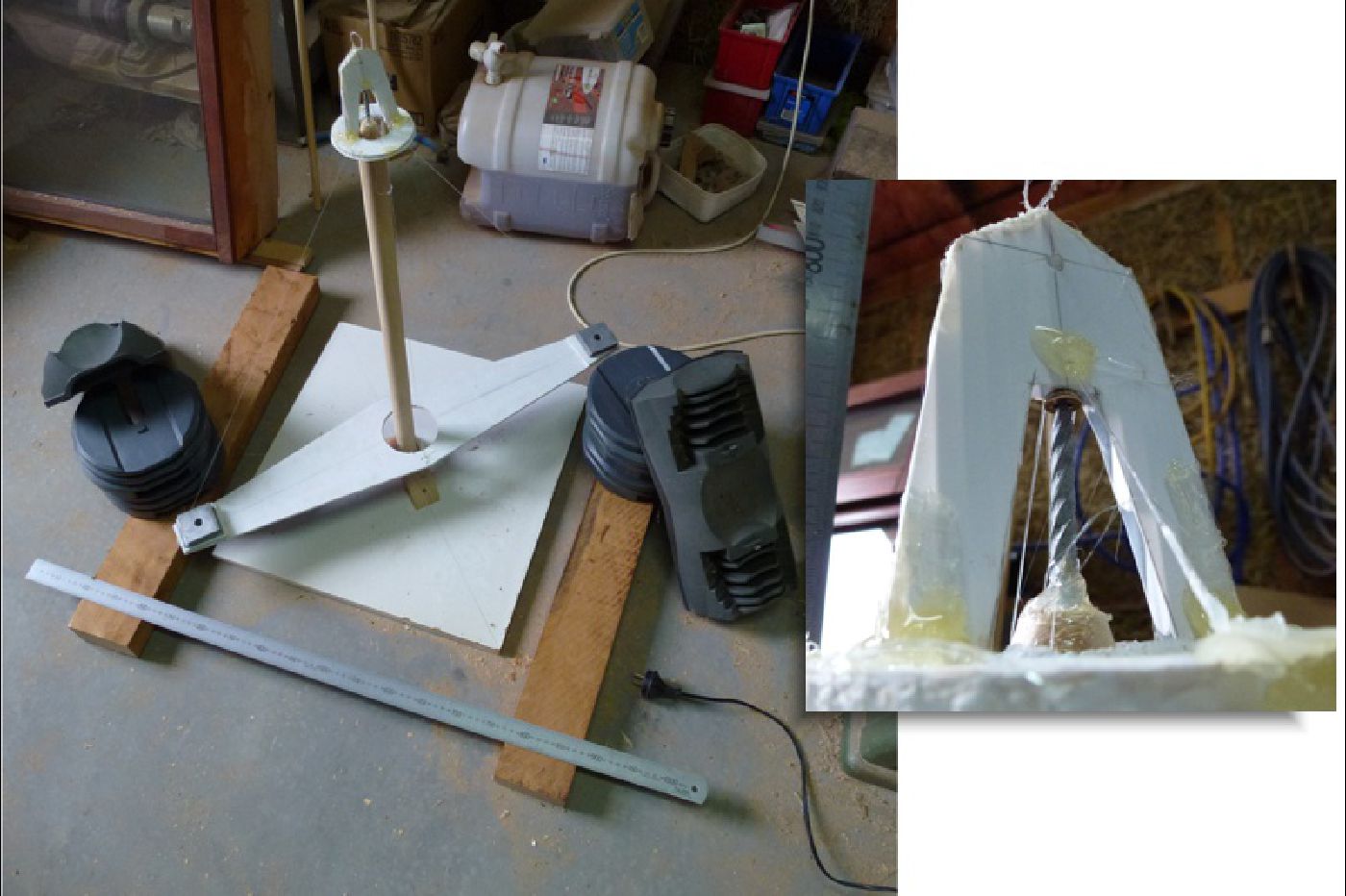 Obviously the internet has 100's of videos of others who have done this same test but none had done much differently from each other, They all had different sized weight and mass objects with different materials but they all did the same things, So that seems to prove Newton was right that all masses attract all other masses based on the sum of the two masses and the distance between them. (See Newton's Law for more details)

So how am I going to make any difference?

My first assumption about Liquid gravity was that it flowed at high speed toward the earth and that this may case a windmill effect on a pivoting arm if the weights were positioned like blades; The test involed allowing the platform to find its rest position, then tilt the 50mm/2 washers into a 65 degree angle and allow the Aether to blow them like a trbine. This was done without any other mass objects so the force would only be eather wind pushing on the blades.

The results of this test seemed promising for a start but after repeating the test a number of times I found inconsitant results which lead to the conclusion that slight air movements could be enough to push the baldes in any direction, so this test could only be carried out in a sealed environment, ideally in a vacuum, so I will park this test for another time when I can get better equipment.

While setting up the first experiment using some nice heavy volcanic rocks as mass objects and 50mm washers as swing arm weights,I noticed that the washers on the swing arms had come to rest about 100mm away from the volcanic rocks, and they had stayed like that over night. I though that was interesting as it seemed like it should have been close enough for the gravity attraction to move it to the volcanic rocks even if it did take all night.? So I thought I would try the washers on the 65 degree angle and they instantly moved across to the volcanic rocks. So I set up the cameras and ran both tests to show the results and posted them onto YouTube. So this observation breaks Newton's law in two ways

Both these observation are at odds with Newton's claims and when I showed this video to a helpful Physicist he claimed that there must be too much tension in the nylon causing the attraction force to move to quickly that expected. I explained that the test rig had plenty of time to find its resting point and there was no tension in the nylon pushing the arm, which was evident in the way the experiment was run in both directions.

However I will re-run this experiment in another test Rig #3 which will have an enclosure around it to prevent any possible air movement affecting the swing arm as well as place a clock and more footage to demonstrate the at rest position.

This test rig uses some nice heavy volcanic rocks as mass objects and 50mm washers as swing arm weights. The Washers are tested in two positions Flat and on an 60 degree angle. The results are very different from what Newton's law would expect but provide good support for Liquid Gravity and need further investigation. 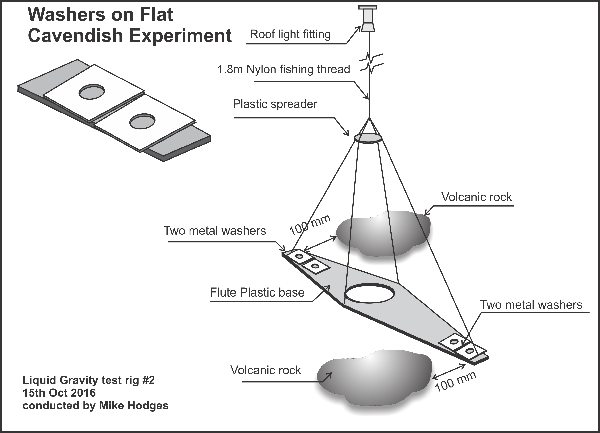 Here are the components of this test which demonstrates that attraction occurs at a smaller distance when a smaller surface is presented of the same mass. This is at odds with Newton's Law and its expected result. 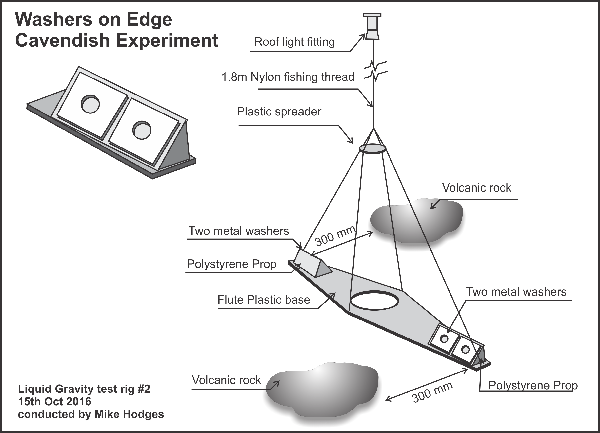 Here are the components of this test which demonstrates that attraction occurs at a greater distance when a larger surface is presented of the same mass. This is at odds with Newton's Law and its expected result. 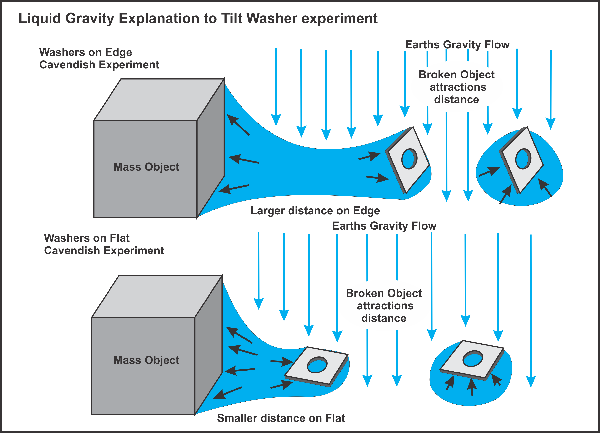 The test results show two outcomes.
1 That objects don't attract after a certain distances.Liquid gravity suggest that this is because earth gravity pushes between objects and breaks the vacuum attraction.
2 The objects have different range of attraction based on the size of the face which Liquid gravity explains as a bigger surface area has more area for the liquid to suction against allowing for more distance for larger surface area rather than total mass weight.

This is the plan for the next test rig that we are building that will allow us to close the swing arm off from any air movements particaually from placing the mass weight. We will also have the ability to rotate the washers onto different angles and compare the distance and speed from the mass. The other expereiment is to identify gravity bow wave pressure by moving the  mass toward the swing arm without causing air movement to asses if there is any gravity pressure wave pushing on the Swing arm. 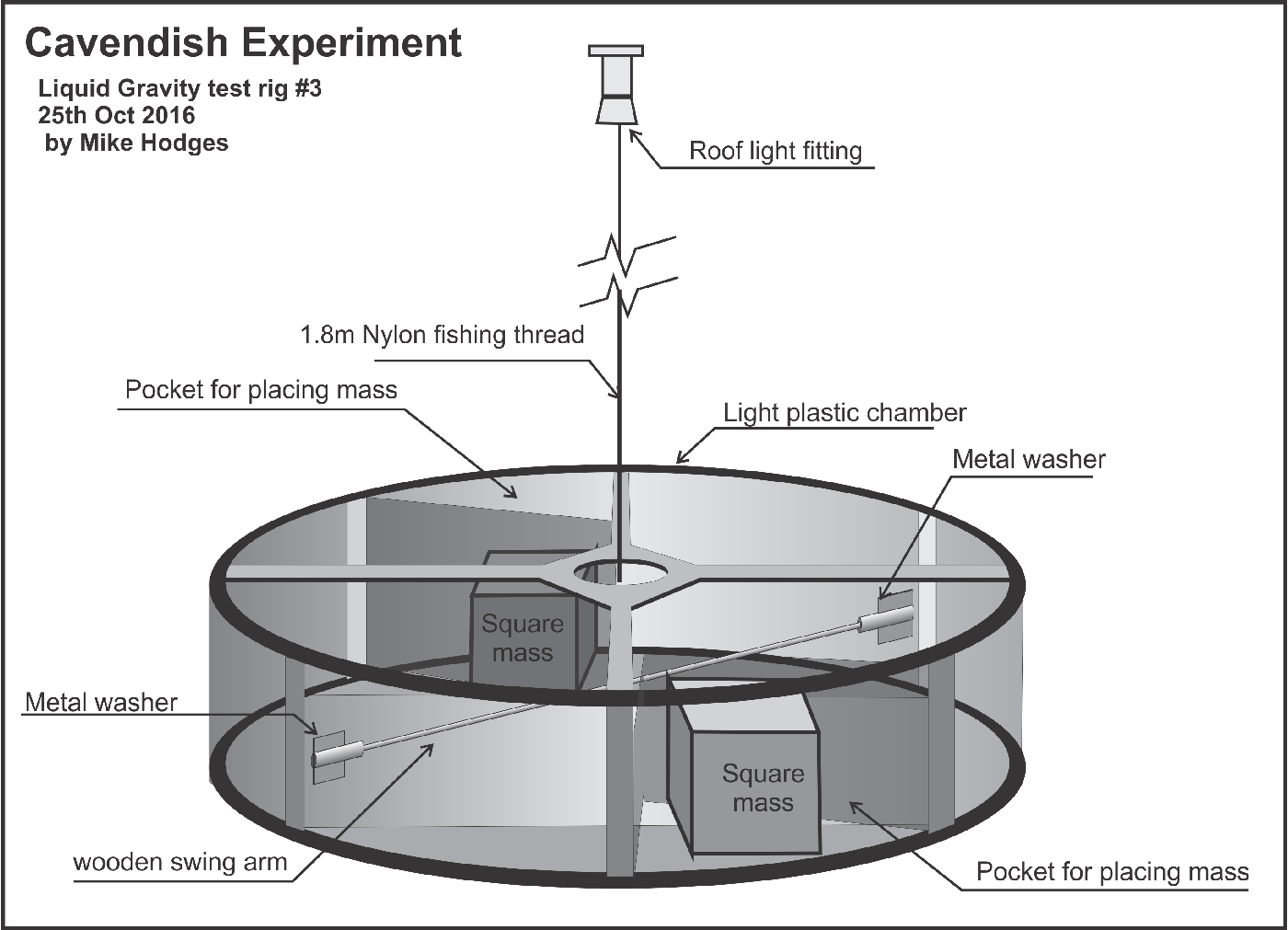